Disc picking and transport robotics have both been optimized for speed, too. A rock-solid and reliable new belt drive system is utilized to deliver 300% faster robotics than previous models. The belt drive system also gives you smoother and quieter operation.

The Disc Publisher Xrp Blu-ray is built with tough, 18-gauge steel cabinets with 11-gauge steel bezels. Access doors are supplied with locks and keys for maximum security. Supplies replenishment is accomplished entirely from the front, allowing placement virtually anywhere: on counters, shelves and even in racks with optional rack mount kit.

The Disc Publisher Xrp Blu-ray offers separate ink cartridges for Cyan, Magenta, Yellow and Black (CMYK). This lets you replace only the color(s) that need replenishing, saving you money on every disc you print. This is especially true if you use more of one color on your discs than another.

The built-in, high-resolution inkjet printing is powered by Lexmark®, a world leader in printing technology. With up to 4800 dpi quality, it has the highest printing resolution available from any manufacturer of disc printers and publishers.

Combine this ultra high resolution printing with Primera's TuffCoat with WaterShield™ CDs and DVDs and you'll get the most professional looking discs. TuffCoat with WaterShield discs are highly water-, scratch- and smudge-resistant. They also have a gorgeous, high-gloss finish unlike anything you've probably ever seen before. Virtually all other brands of inkjet-printable optical media are also supported.

Getting the Discs Out

In applications such as medical imaging and audio/video-on-demand it is imperative that discs are dispensed out the front of the unit. On DP-4102 XRP, it's an automatic, built-in feature. On some competitive units you have to manually open a door or a drawer every time – a huge inconvenience if you're doing it all day long.

With Bravo 4102 XRP-Blu you'll be able to record high-definition video as well as perform back-ups of files, photos, video and more. Both 25GB single-layer and 50GB dual-layer discs are supported.

The Most Illuminating Feature

The built-in blue LED lighting not only helps you see what's going on inside, but pulses when supplies are getting low and blinks on/off if an error condition is reported. You'll always know the status of your jobs whether you're sitting next to the unit or standing on the other side of the room.

Powerful Software that's Easy to Use

Using the DP-4102 XRP is as easy as printing to any office printer. Primera's PTPublisher™ Software has won critical acclaim for its simple, wizard-style interface. Training new operators takes just minutes instead of hours.

Simply choose the type of job you want to perform (data, video, audio, etc.), match with a print file, and press "GO." It's that easy!

Built-in disc design software called SureThing™ Primera Edition (Windows) or DiscCover™ (Mac) lets you place photos, backgrounds, text and graphics anywhere on the disc, including as far into the middle of the disc as you wish – a major limitation with other brands of disc publishers.

Sometimes integration is required for applications like PACS/DICOM medical imaging systems, law enforcement and surveillance video, back up and archival, audio and video on-demand and more. Primera makes integration easy with a simple yet comprehensive Software Developer's Kit (SDK) for both Windows and Mac. The SDK is free to qualified developers.

With their incredibly fast output, superior print quality, valuable extra software, separate ink tanks for affordable per-disc costs, Windows® and Mac® compatibility, top-notch reliability and more, you won't find a better mid-sized disc printer or publisher. You can feel confident buying a Primera product, too. Over the last ten years we've built more disc publishers than all of our competitors combined. Read what others have to say about Primera and our products at our comments page.

See for yourself:
We'll gladly name a reference customer in your area or demonstrate any of the devices.
Alternatively, we can send you a test model for to try out for 10 days for a nominal fee. 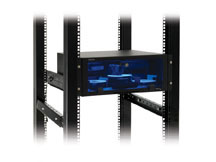